A Gift From Puerto Rico

By DOUG GLANVILLE
Published: December 22, 2008
I remember my father telling me the story of when he first landed in New York, having emigrated from Trinidad, West Indies. He was proud of his spanking new suitcase until he reached customs and couldn’t find the key to the lock, and they had to break it open to search his belongings. My father’s heart sank. After all, he saw the opportunity in this new world and wanted to make a good impression with the best he had to offer.

The latest installment in an occasional series of guest columns by Doug Glanville.
Previous Articles in the Series »
I was born in New Jersey, and couldn’t grasp the emotions of going to a new land full of hope and fear at the same time. That was until I was invited to play in Mayaguez, Puerto Rico, for my first stint in “winter ball.” Think of it as baseball’s equivalent of “continuing education.”
It was 1995. I had most recently played in Des Moines, Iowa, at the highest level in the Chicago Cubs’ minor league system. It had been a rough year, between having to adjust to a new level of professional baseball after a labor strike and play for a manager who (let’s just say) didn’t exactly care for me. Even so, I was only one step away from the big time. And from what I was being told, a lot was riding on the success of my tenure as a member of the Mayaguez Indios.

Before the trip down to Puerto Rico, my new manager, Tom Gamboa, warned me that “things there are not like they are in the States.” I’d been to my father’s homeland of Trinidad many times, and I had seen some challenging conditions, so my mind raced with images of sleeping on a bed of nails with no roof. Nevertheless, I kept saying to myself, How bad could it be? Puerto Rico is practically part of the United States.
I arrived at the Mayaguez airport with a suitcase, a big baseball bag containing the tools of my trade and the hope of furthering my baseball education enough to make it to the major leagues. But even as I walked through that airport, I couldn’t help thinking about my father and his sunken heart.
Armed with strong book knowledge of Spanish and foot speed that would eventually earn me the nickname “la gacela” (the gazelle), I made my way to the small town of Cabo Rojo at the southwest tip of the island, and to my new home: Tony’s Restaurant, which doubled as a motel. The front part of the property had a fantastic restaurant. Its walls were covered with photos of Puerto Rican legends, from salsa singers to the brightest and best baseball players in its history (Vic Power and Juan Gonzalez, among others). Deeper within the property were small rooms with window air conditioning units that seemed to blow mosquitoes into your bed as much as cool you off. Within a week or so, I moved next door to Don Carlos Cabanas, which became my apartment for the winter.
I suppose I was thrown off immediately: my new digs didn’t include regular hot water, air conditioning, phone or TV. When people wanted to reach me, I drove my landlord, Carlos, and his wife Milagra, crazy by having the calls routed through their land line to my only phone — a pay phone on the street. I slept on a mattress covered in plastic, and would wake up in a cold sweat to the sound of an obnoxious rooster next door. But in some ways, I was happy that I didn’t have any reason to stay home. I’d saunter around town and visit the mall, practicing my Spanish every chance I got. And most importantly, I was focused.
Over time, Puerto Rico became home in the truest sense. The culture embraced me like family and I played the best baseball of my professional career to that point, leading the league in many categories — all while finding the most wonderful personal peace I had ever experienced.
To top it off, I had gained a true mentor in Tom Gamboa, who was fond of saying, “We didn’t lose, we just ran out of innings.” His optimism spread through the team, and gave some rising stars a newfound determination to surpass their potential. After my nightmare minor-league season in Iowa three months earlier (where I fought to keep my batting average above .250), I racked up an all-star appearance, a fastest-man award and an M.V.P. trophy in Puerto Rico. I could taste a promotion to the big leagues.
In baseball, as in any other profession, it helps to find a sponsor, someone — or some place — that has your back and will push the decision-makers on your behalf. It also requires you to spend time perfecting your craft by playing while others are sleeping. My Puerto Rican sojourn lasted two seasons, and in that period I played in close to 500 games, with only a week’s break between seasons. I never grew as much as I did in that time period, as a person and as a player.

To this day, I always try to give back to the people of Puerto Rico. I sponsored a band for the Puerto Rican festival in Harrisburg, Pa., to kick off a local Spanish-language radio station, I have also been a guest on numerous Spanish-language radio and television shows, where I always remember to thank Puerto Rico and its people for the gift of my experience there. They gave me so much and I never have forgotten.
Nor have they. Years later, when I went back for vacation, I made a stop at my old stomping grounds in Mayaguez. Other than having a new dance team to entertain fans at the ballpark, everything was the same. I ran into the same fans who were supporting the team five years earlier when I was playing there. They even sat in the same seats. As I caught up with some old friends, the announcer stopped the game to recognize my contribution to the team’s championship season in 1996. It was a moving moment.

I thank Puerto Rico for opening this door to myself and helping me see my possibilities through a new lens. I think of the players who are there now away from home this holiday season trying to become better ballplayers. I also remember that here in the States, my father’s heart did not stay sunken for very long after his suitcase was broken — he forged a wonderful life for himself and his family.
You would like to think that home is where your heart is, but there are those special experiences, like mine in “La Isla Del Encanto,” that help you understand the spiritual reason your heart is beating in the first place.
Publicado por Joe Towers en 13:02 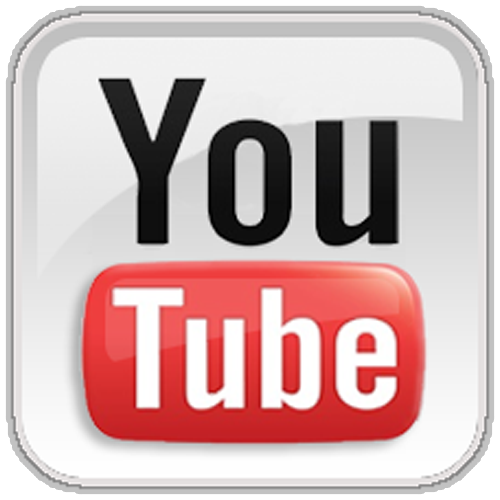 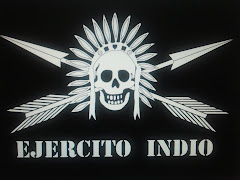 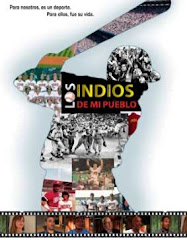 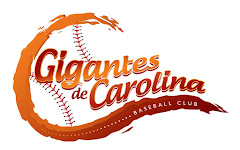 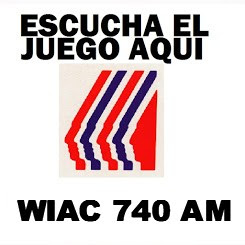 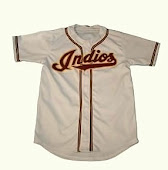 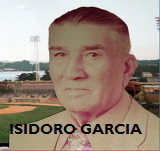